Are Vehicle Safety Technologies A Step In The Wrong Direction?

In an effort to move toward completely autonomous vehicles, the automotive industry has begun releasing vehicles with unprecedented driver-assist technologies. These advanced driver assistance systems (ADAS) include lane-keeping alerts, blind-spot detectors, forward-collision warnings, and automatic emergency braking systems—among others. According to the Insurance Journal, between 2009 and 2015, vehicles that included the lane-keeping safety feature “lowered rates of…sideswipe, and head-on crashes…by 11 percent” (Lowy, 2017). Lane departure is responsible for roughly 25% of traffic fatalities, making this marked decrease a strong argument in favor of this new technology.

While ADAS has proven to be successful in keeping drivers within the lines, many reports of misunderstanding and over-reliance have caused experts to speak out about the damaging impacts of these features. A study released by AAA Public Relations Manager, Tamra Johnson, affirms this theory; she states that “nearly 40 percent of drivers [surveyed by AAA] did not know the system’s limitations or confused the technologies” (2018). When drivers do not know the limitations of their vehicles, over-reliance is more likely to occur. The more autonomous a car becomes, the more disengaged a driver will be. Until reaching an era of 100% autonomy, a vehicle is unable to assume sole responsibility for itself—a concept not yet grasped by many ADAS-equipped drivers.

With the widespread lack of education surrounding the limits of ADAS, the solution is education. Before getting behind the wheel of a ground-breaking piece of technology, learn everything you can about it. After all, you chose a vehicle based on its advanced safety features. Now it’s time to put them to use. Take a look at the following chart for an overview of the most common ADAS capabilities and limitations. 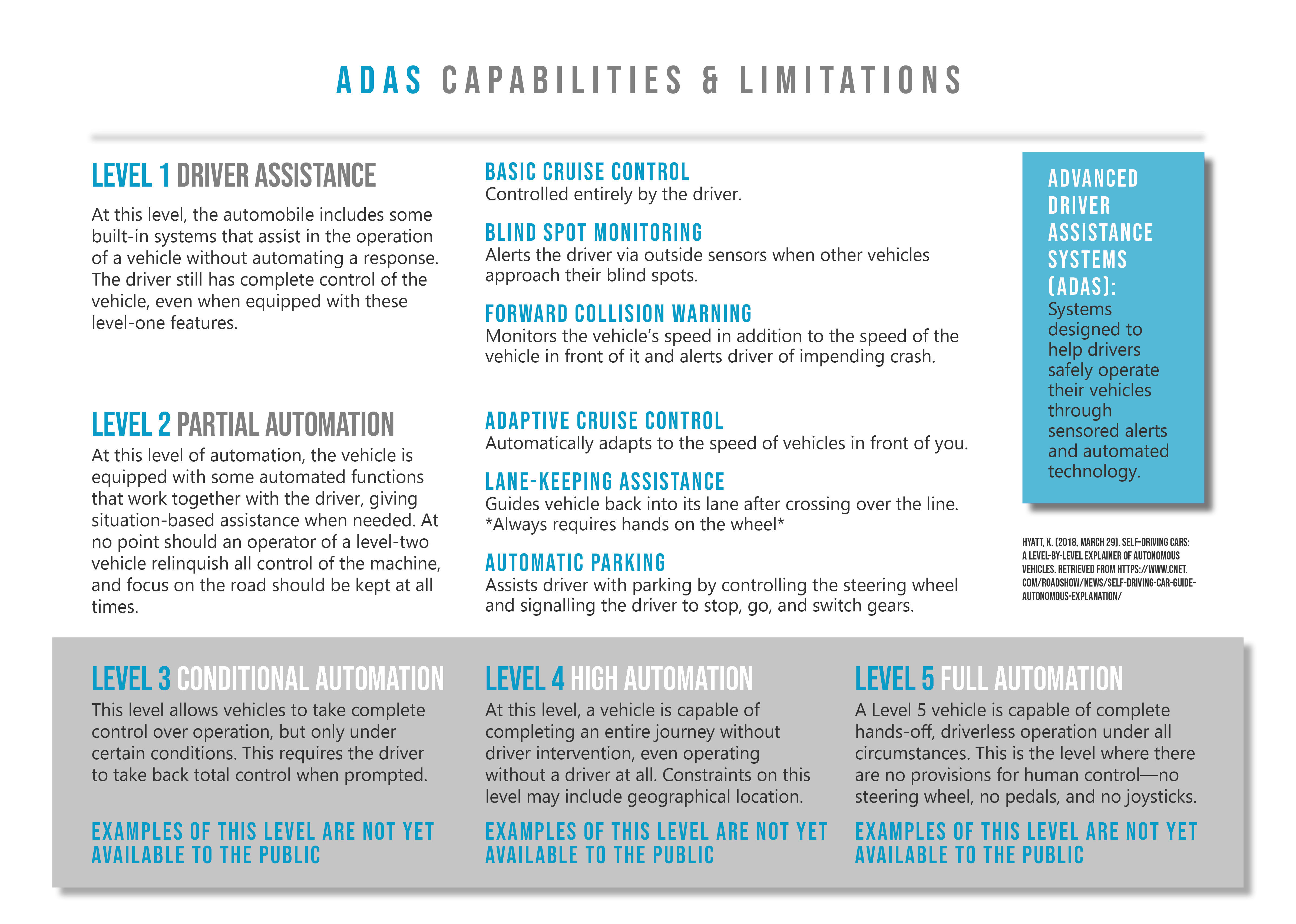